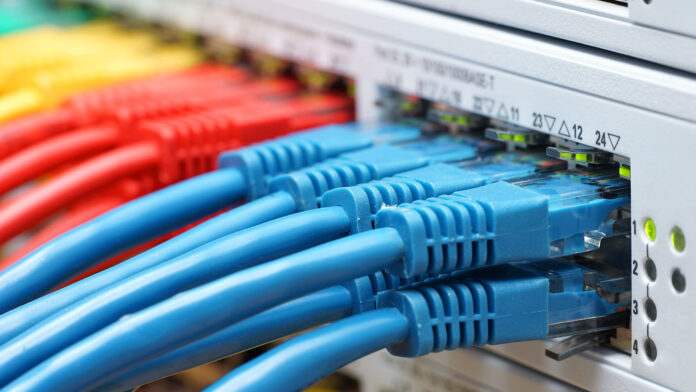 Switch ports are openings in the hardware where you can plug a data cable. Depending upon what type of switch ports you are using, you could have either a rectangular switch port with a v-shaped point on the top or exactly the same port but upside down. Networking experts use these switch ports to create complex VLAN networks.

Speaking in networking terms, switch ports play a key role in creating computer networks by connecting different devices with computers. These physical connectors forward and receive data to and from computer systems. Since the majority of the networking devices also use the internet to interact with the network and perform the data transfer, switch ports can also be used to access internet service through them. The industrial 16 port poe switch is one such example.

How Many Ports Does a Switch Have?

Depending upon the function of the device you are using, the number of ports of a switch port may vary. For example, if you ever see an internet router, it will have between five to six ports, whereas if you are a networking administrator at an office, you would be working with devices with more than 50 ports. This means on these types of Ethernet switches, up to 49 devices can be connected simultaneously. The left out witch port will be used to connect the Ethernet switch to the main router.

As mentioned earlier, complex VLAN networks are created using network switch ports. In a typical VLAN network, there are three types of switch ports; access port, trunk port, and hybrid port. Each one of these port types offers a distinct function and a standard interface. The type of switch port to be used is determined by the configuration of the cable that is to be utilized in the connection between the router and the switch. The thing to remember is that number of ports present in the switch will always be one greater than the number of connections that could be made. The three types of switch ports are as follows:

This is a type of switch port that only allows a single connection between the network host and a VLAN and completes a virtual network of data flow. In this case, the date could either go forth or come back but in a single designated VLAN. This type of port is commonly used to handle untagged Ethernet destinations.

This type of switch port can be used to interact with multiple VLANs at the same time and can be connected to other switch ports as well. When you are dealing with a complex network that bears more than one VLAN, a trunk port could be an ideal choice for the networkers to transfer the data in virtual networks. A trunk port is used to handle tagged Ethernet frames,

The most advanced type of switch port can be used both as an access port and a trunk port when required. This means it can handle both untagged and tagged destinations and send & receive data to and from more than one VLAN. You can use a hybrid port to connect both network devices and user devices.

Switch ports are an integral part of networking systems. Commonly available in three major types; access, trunk, and hybrid, these ports are used to connect data cables from different devices with server routers in different configurations.

Teresa - May 18, 2022 0
USB camera modules are a very convenient and cost-effective way to add video capability to your project. They can be used with any system...

Sheet Metal Fabrication – How To Bend And Form Sheet Metal

Teresa - April 2, 2022 0
Sheet metal fabrication is the process of creating objects from sheet metal. The sheet metal is usually cut to shape, then bent and formed...

Teresa - December 15, 2021 0
Every manufacturer, processor or distributor aims at improving efficiency and reducing operational costs. However, in between business processes, there are hidden costs that outweigh...

Benefits of a Water Mist Machine